Following a brave move to simplify their range of wines, brothers Eduardo and Víctor Hernáiz have fully reshaped their vinous assets in 2020. Another bold change is the name of the business, which is now known as Hermanos Hernáiz. It was formerly called Finca La Empeatriz, which referred to the 101-hectare estate in Baños de Rioja on the northwestern end of the appellation that the family bought in 1996. They also own vineyards in other areas of Rioja from where they source grapes to produce other wines.

Despite the name change, La Emperatriz is still the centre of operations for the family and all their wines are made there. The estate belonged to Eugenia de Montijo, the last empress of France and wife of Napoleon III, hence the name. It was later owned by the house of Alba. 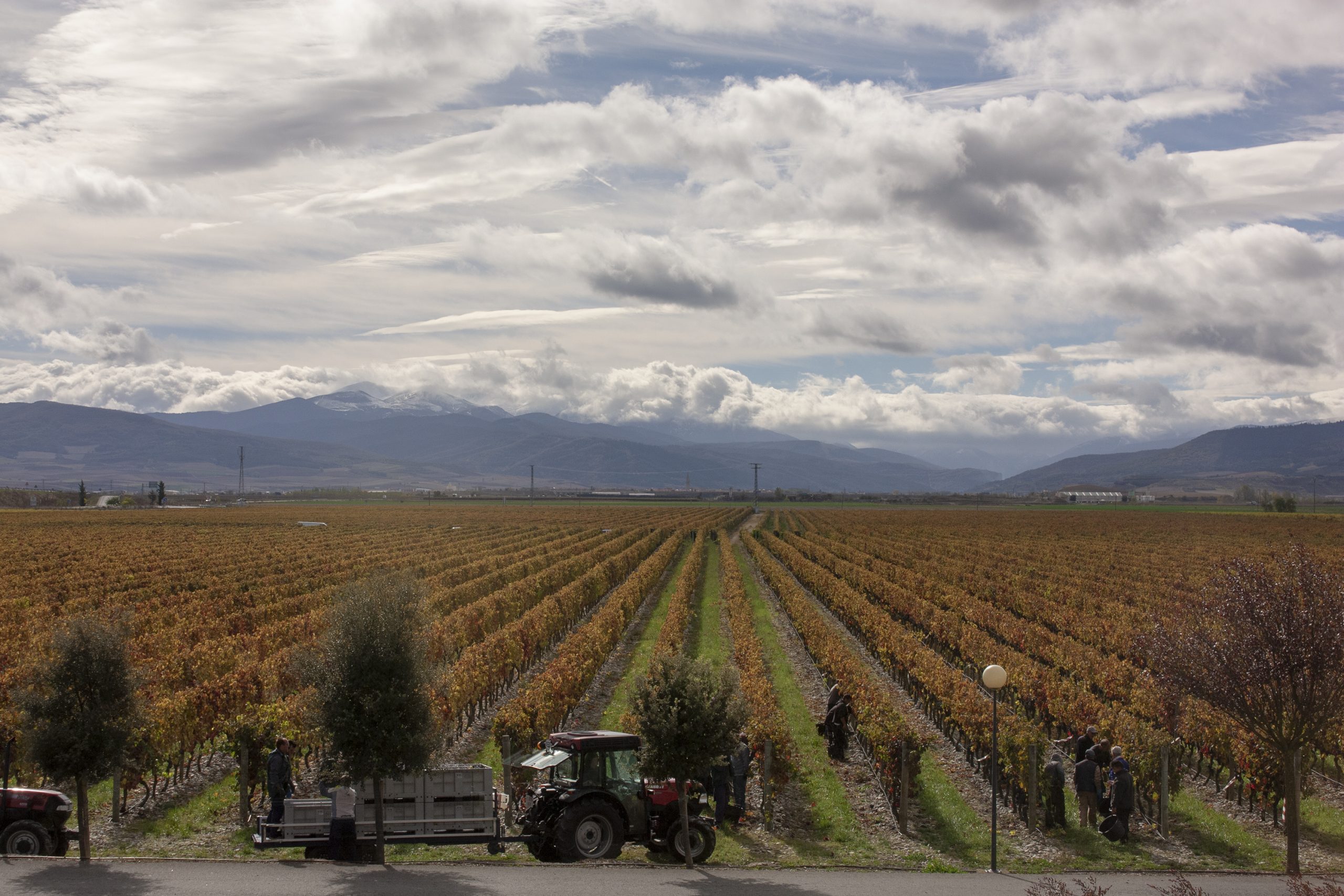 The property consists of 80 hectares of vines including old plots and new ones planted by the Hernáiz family. Located on a plateau at 570 metres above sea level, 12 km from Haro and the river Ebro, the climate is relatively extreme and continental. Soils are poor, sandy and gravely; given the low content of clay and the absence of a limestone bedrock found in other areas of Rioja Alta, there is very little water retention. The vineyard is in the process of being organically certified.

The new range of wines is inspired in Bordeaux. It consists of two first and two second wines. Jardín de la Emperatriz, which is the new brand for the second wines, features a young white (60,000 bottles) and an “improved” Crianza (€10) which includes batches from the top red plus small additions of Garnacha and Maturana Tinta. They have produced 160,000 bottles in the first 2017 vintage but expect to reach 250,000 bottles in the future.

The name Finca La Emperatriz is reserved for the first wines, a red and a white, followed by the words Gran Vino (like in Bordeaux’s Grand Vin). Retailing at around €35-€40, they are sold as Reserva. The first vintage under this new name is 2016, but the family expects it to join the Viñedo Singular category from the 2017 vintage.

The red wine (slightly over 40,000 bottles) is a blend of 70% Tempranillo, 20% Garnacha and 5% Viura (varieties are all fermented together) and is inspired on the historic Riojas produced in the 1950s and 1960s. The white (16,756 bottles on the 2016 vintage) comes from a selection of the three oldest Viura plots in the property. Half of the wine is fermented in concrete vats and the other half in barrel; afterwards, the wine spends 10 months in 225- and 500-litre barrels, a year in concrete tanks and an additional year in bottle before its release. In the traditional fashion, both wines are known as fourth year wines.

After the revamp of the brand, many of the labels which helped the family to gain a better understanding of their terroir have now disappeared. This includes the Reserva and the single-vineyard wines Terruño, Parcela Nº1, Garnacha and Viura Cepas Viejas.

The range of Hermanos Hernáiz wines now also includes Las Cenizas, a red from Cenicero -first released in the 2015 vintage- and the entry-level red El Pedal. The latter is a fruit-driven, second-year wine aged in concrete and seasoned barrels which blends grapes from all the family’s vineyards -apart from Finca La Emperatriz, they own vineyards in Cenicero, Fuenmayor, Navarrete and Hornos de Moncalvillo, all of them in Rioja Alta.